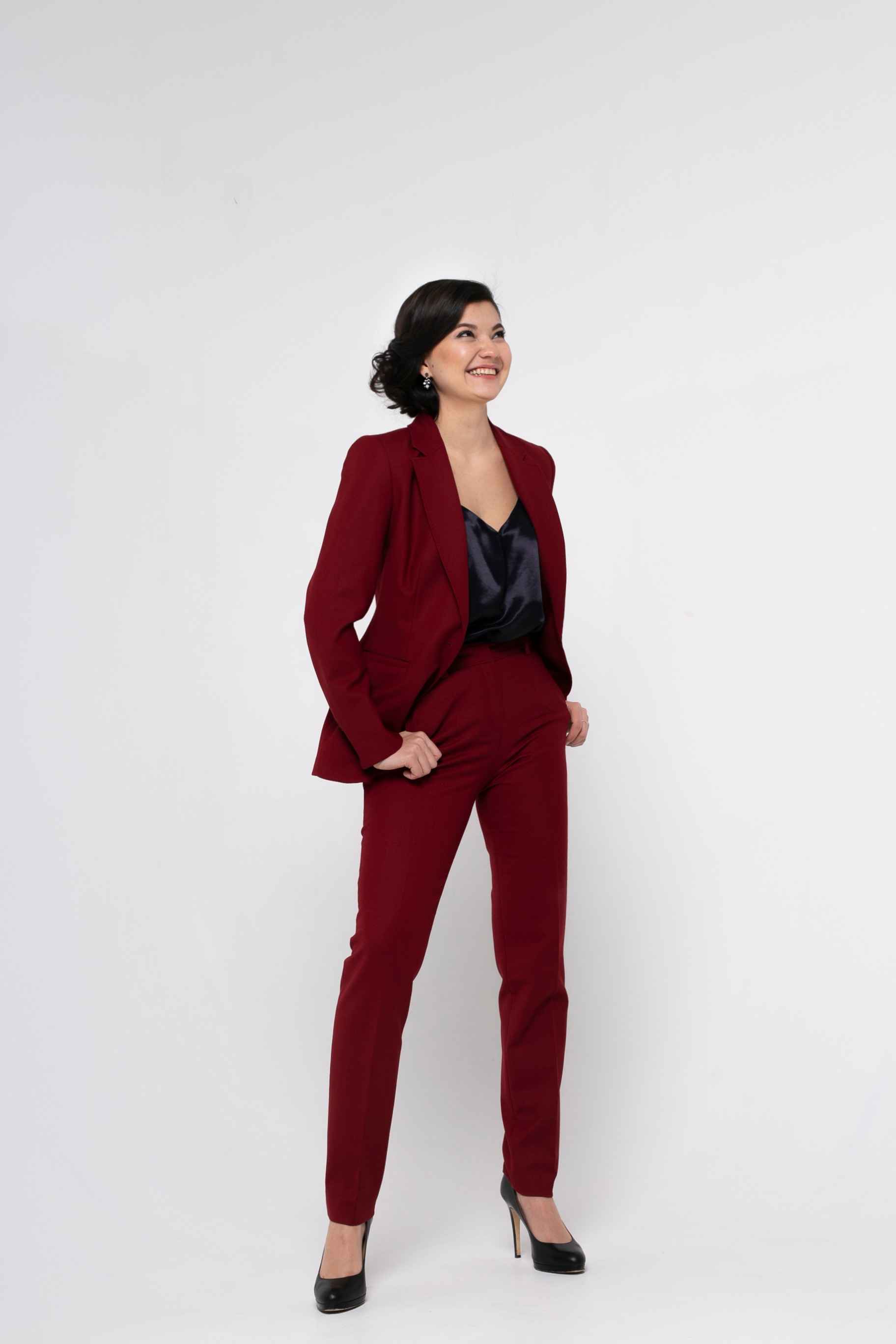 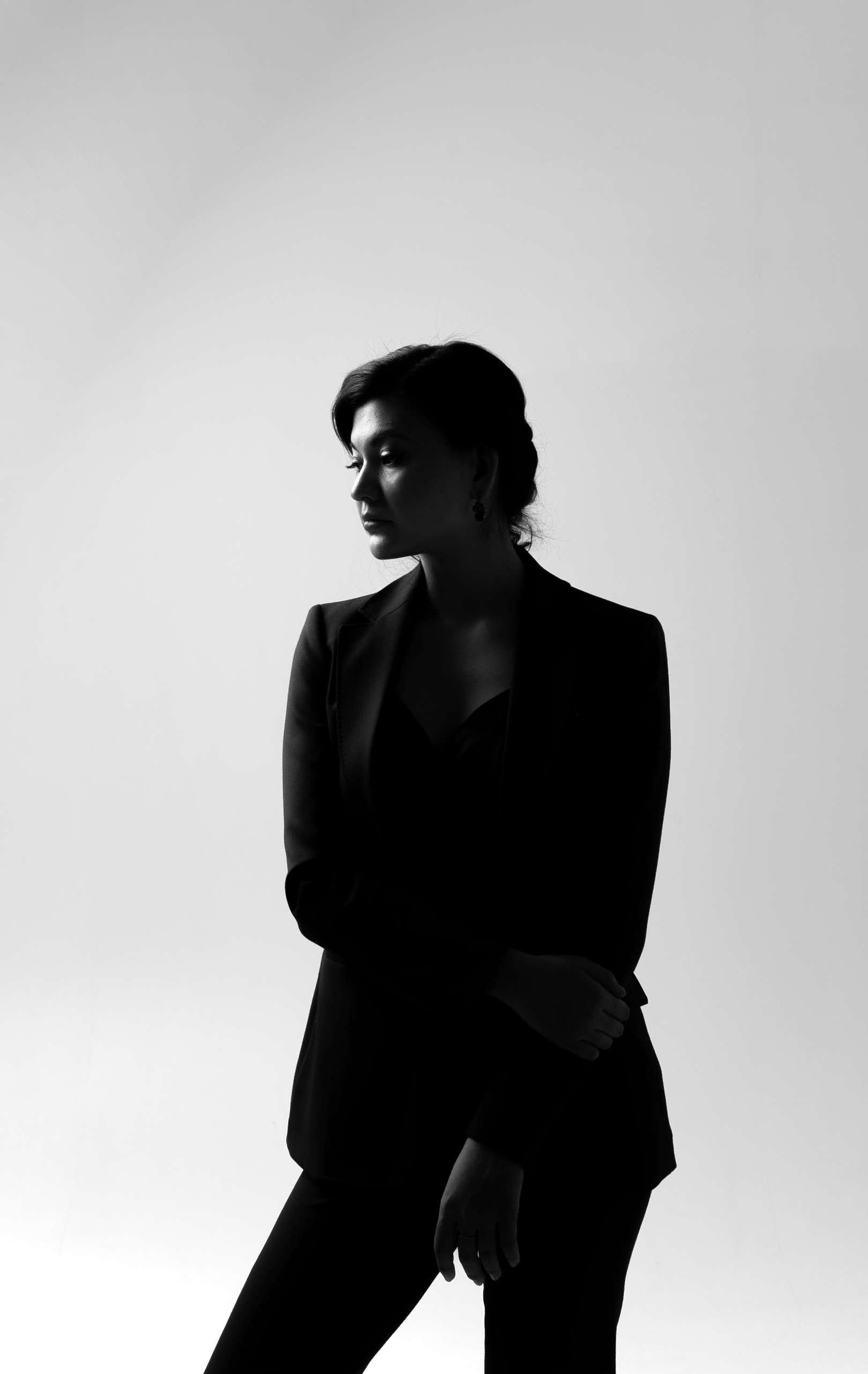 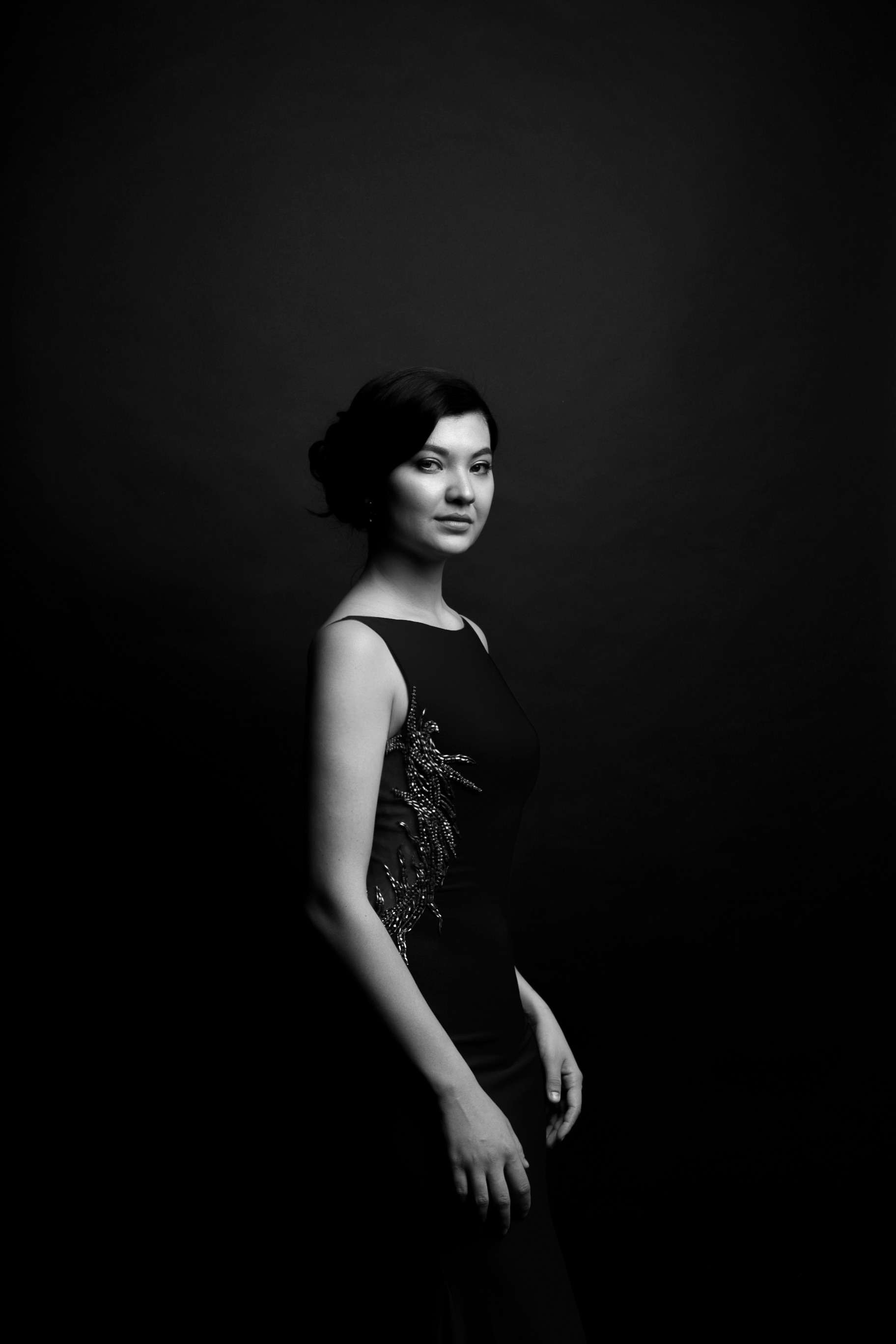 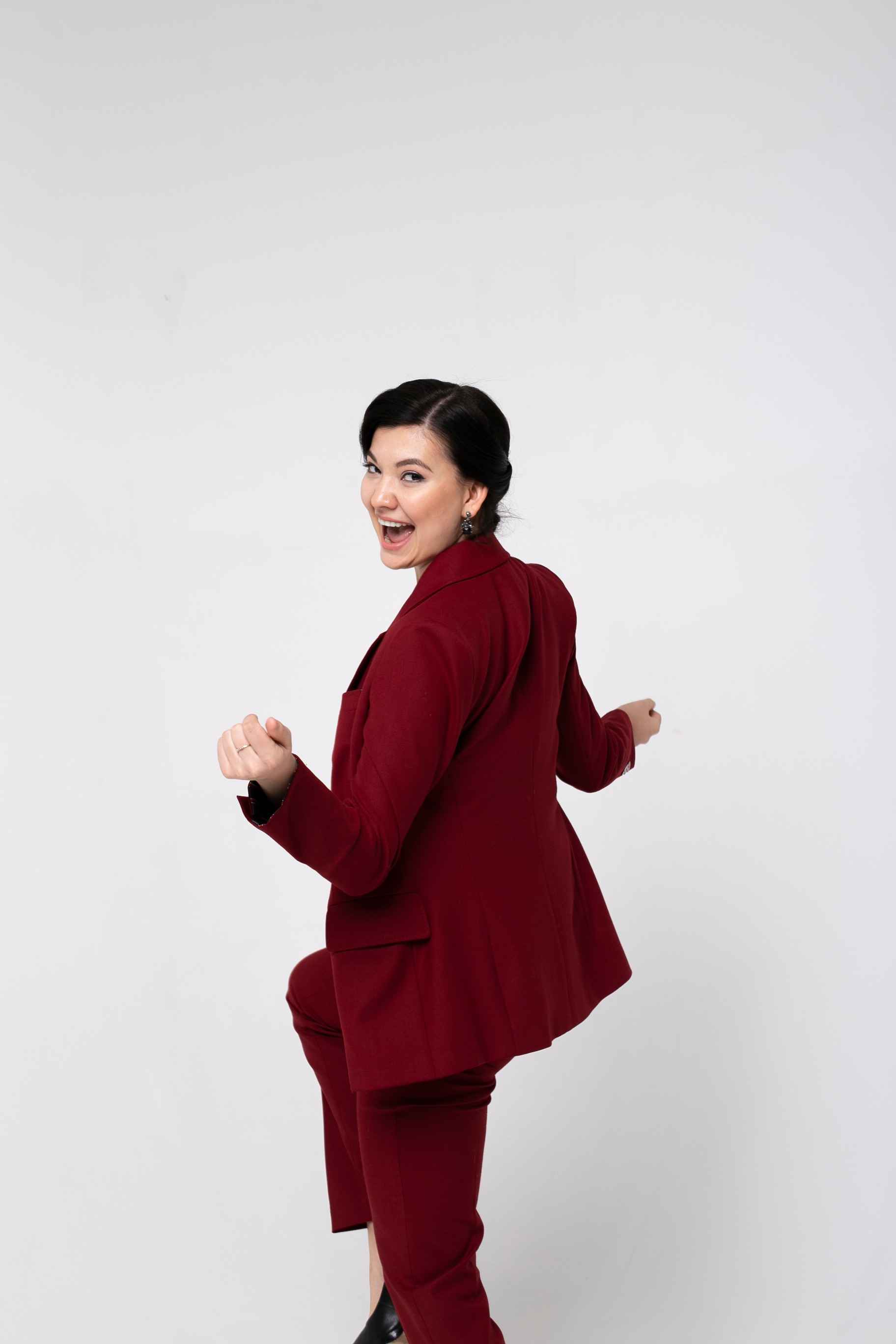 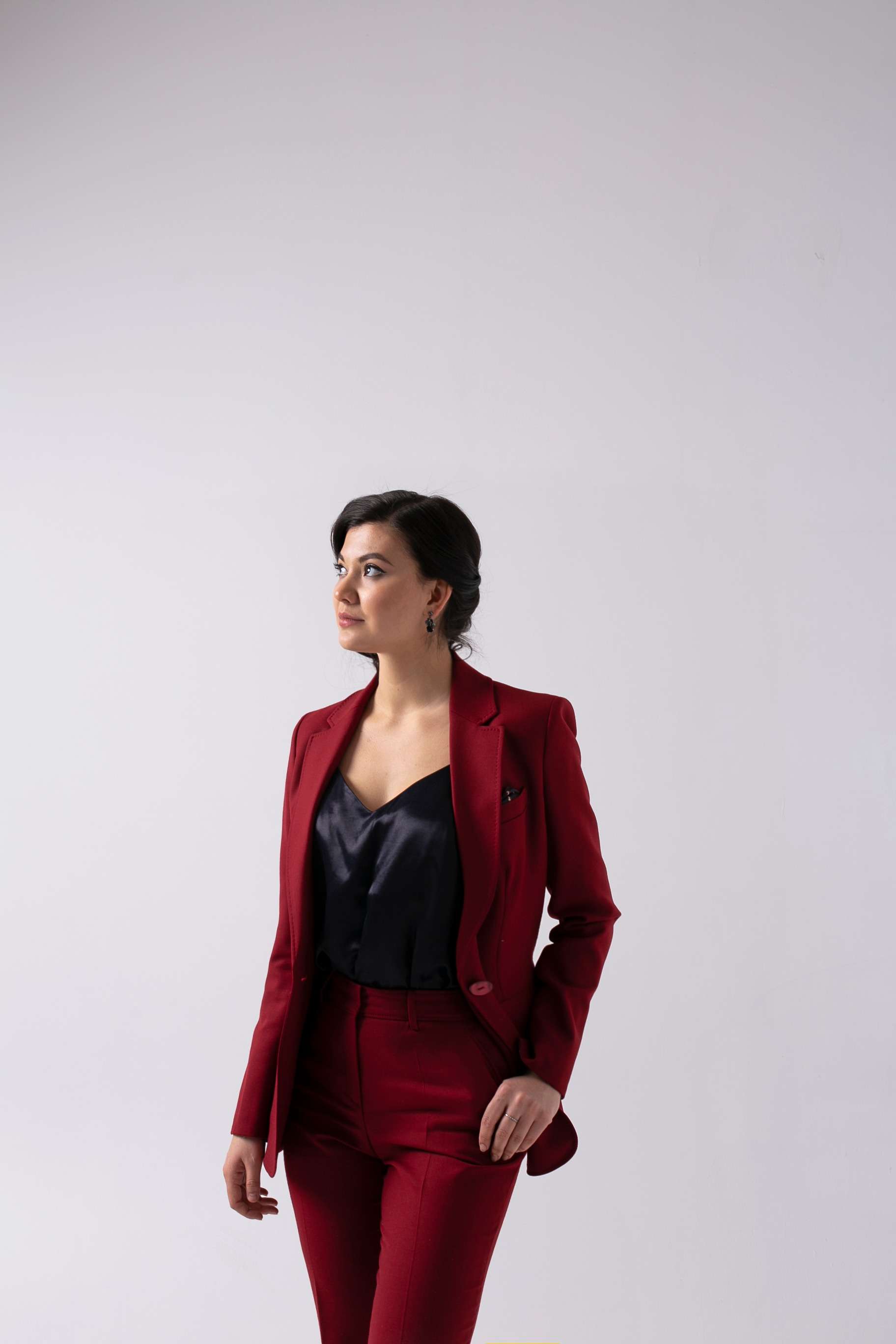 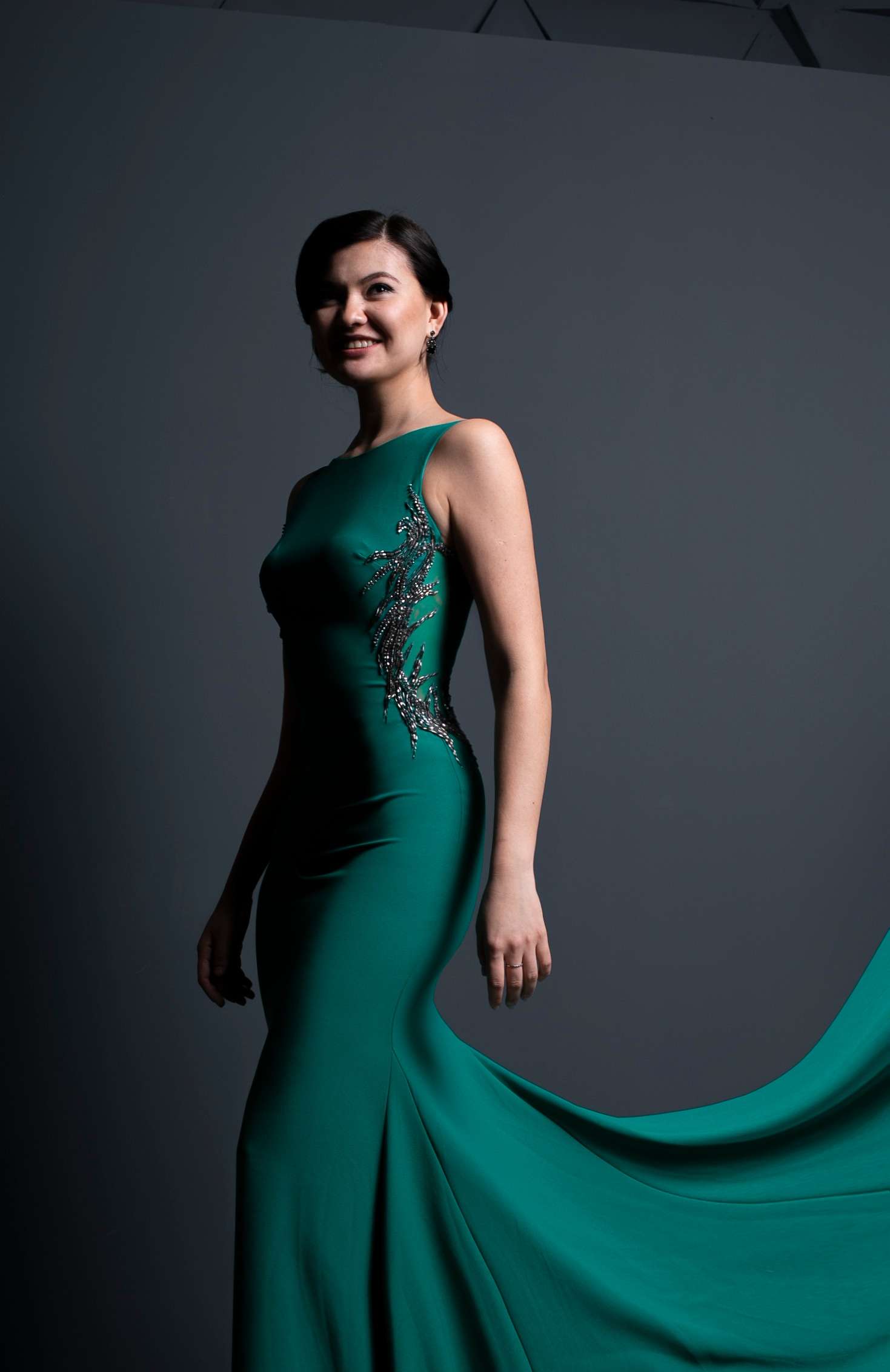 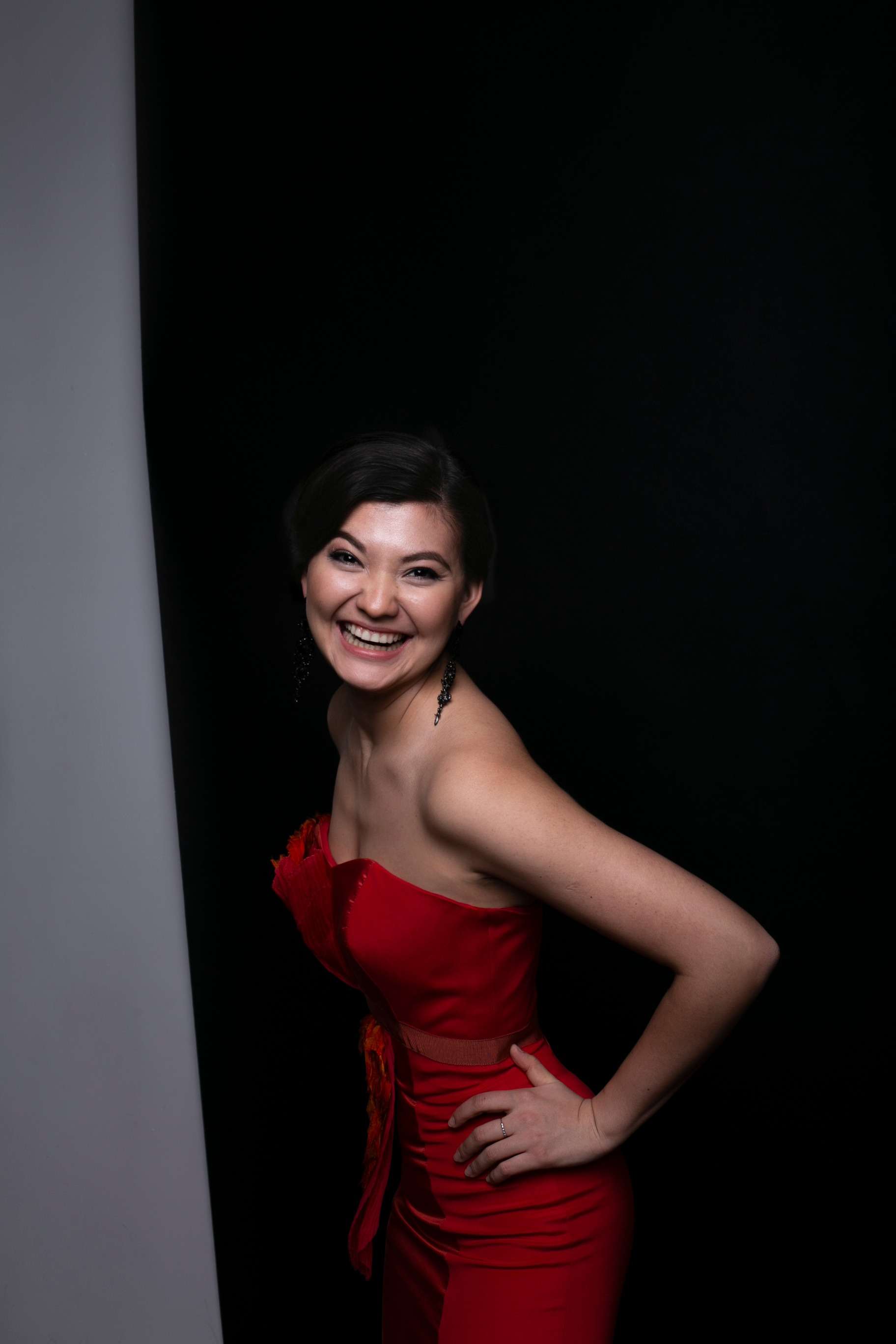 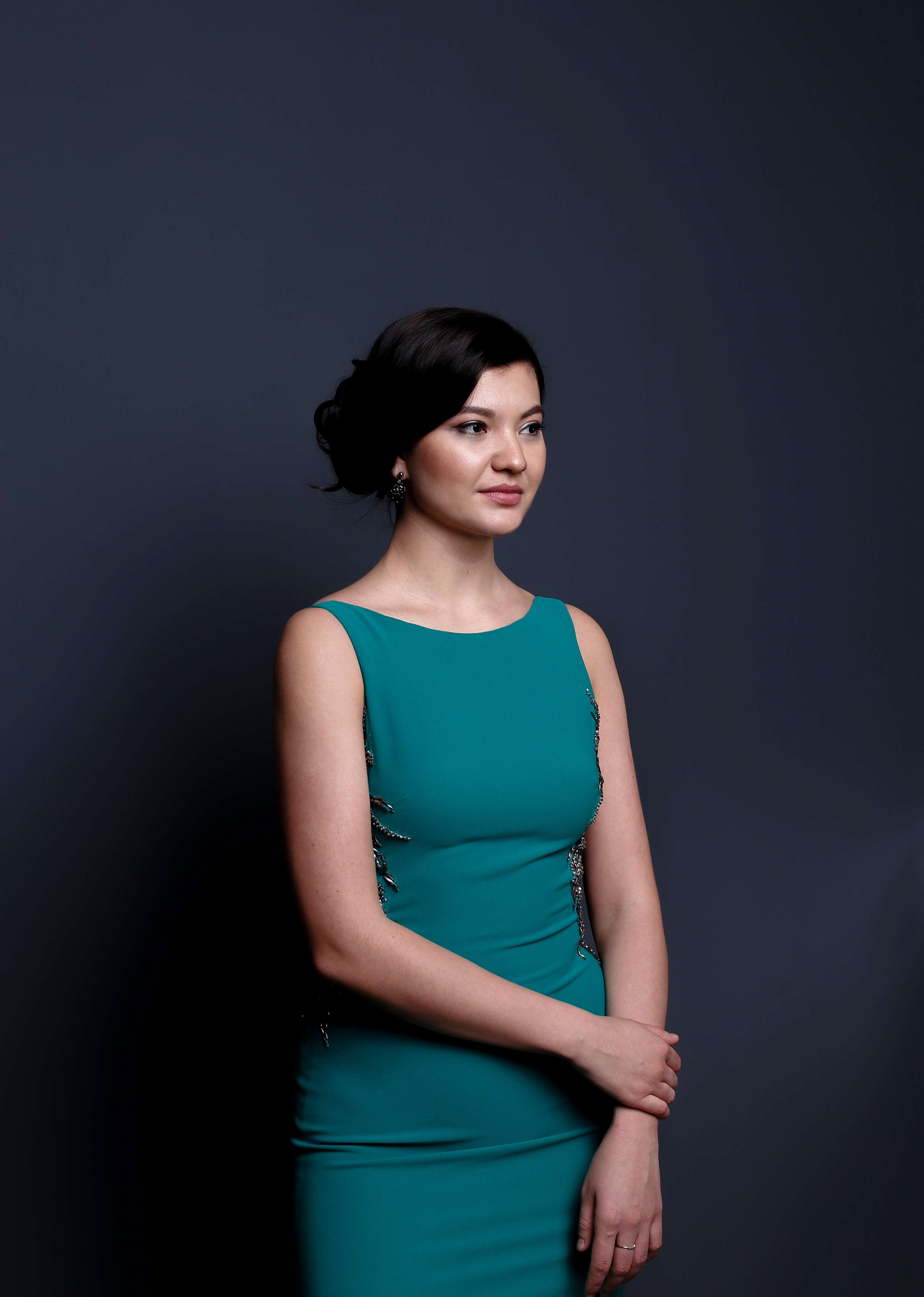 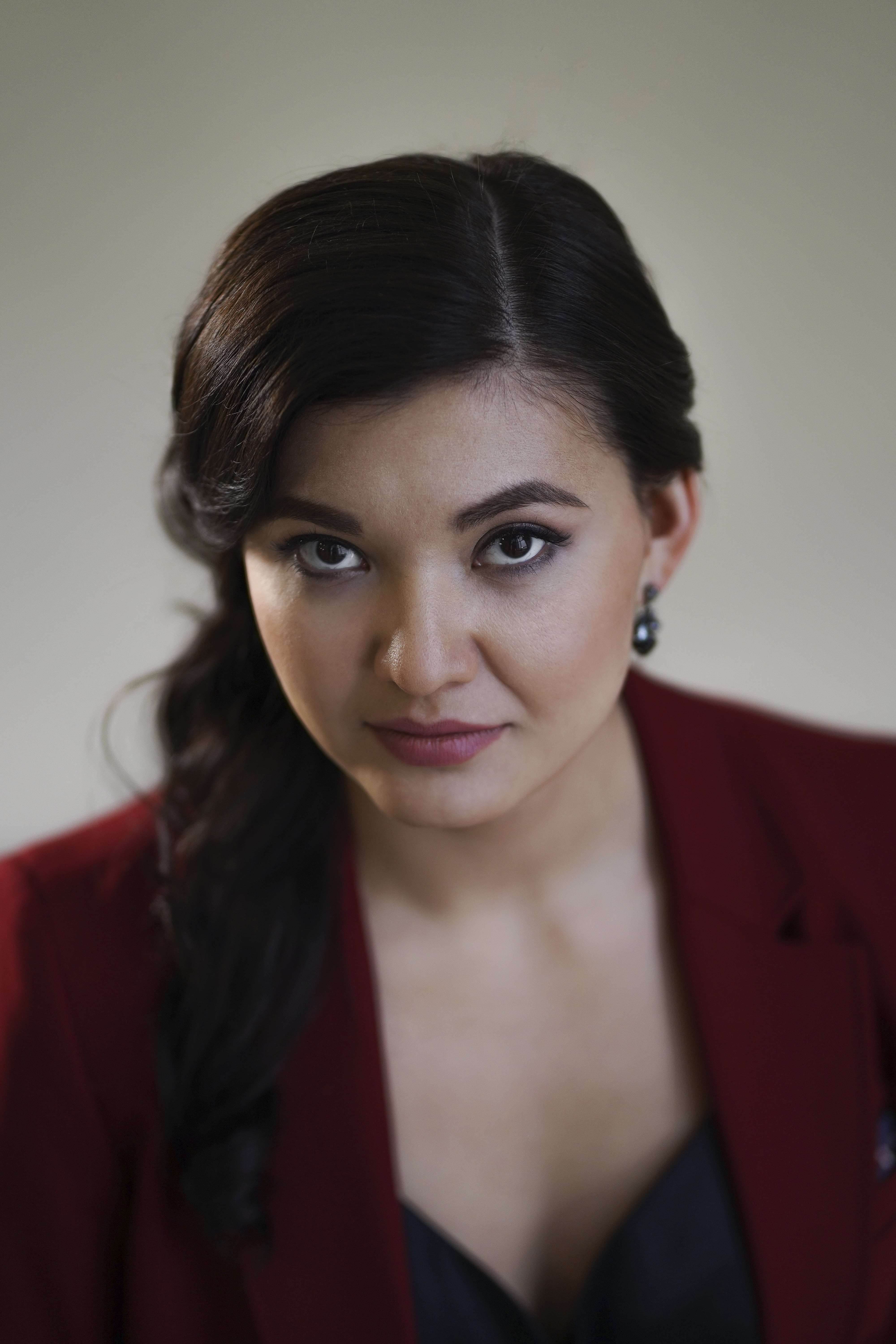 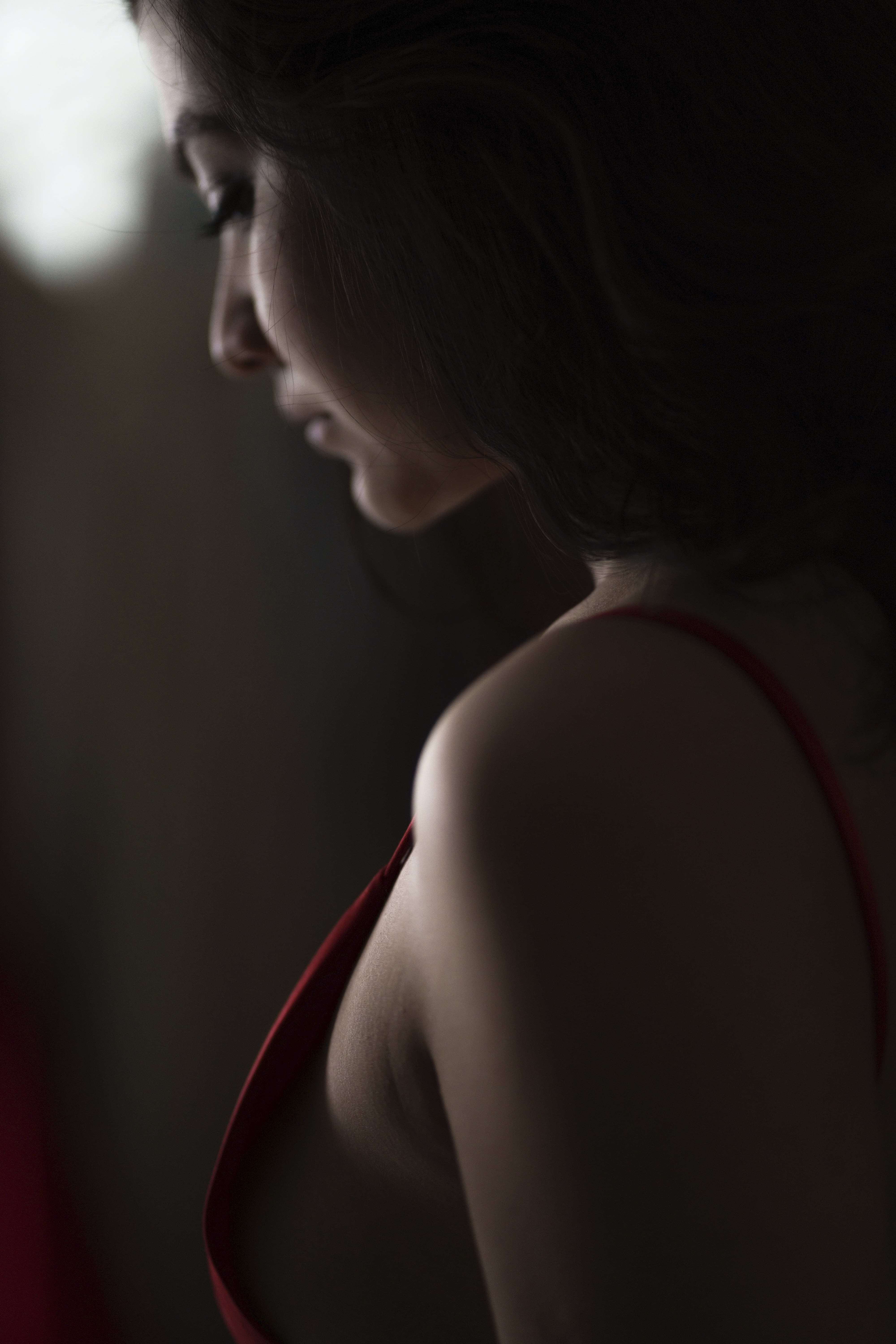 Aigul Akhmetshina, who opened the second act in Dalila's big aria, launching herseld with ease over the huge orchestration...She has a dark quallity to her voice and shone dramatically on stage

Mezzo-soprano Aigul Akhmetshina has an immaculate voice. It is slender, gentle, and soothing on many levels, making her a solid Carmen. She has a ringing top that was on full display throughout the inserted portions of the Habanera, which challenges the singer with a higher tessitura. She managed her voice quite well throughout this version of the piece, especially in moments where she had to sing over a blasting choral ensemble. There was great flexibility in her singing throughout the Seguidille, but she truly shone throughout Gypsy song that opens Act two. Here she not only managed to tackle all of the piece’s vocal challenges, but did so while dancing incessantly. Her voice never sounded the least bit troubled by the choreography; it was a true virtuoso display. “En vain pour éviter” was perhaps the lone moment where her Carmen projected any contrasting emotions, the mezzo darkening her delicate timbre and even expressing a sense of dread with some sharp accents in the lower reaches of her voice as she lamented her fate.

Aigul Akhmetshina, a 21-year-old Russian mezzo-soprano, is the real deal. She was discovered as a 19-year-old by David Gowland, the artistic director of the Jette Parker Young Artists programme, who proudly and skilfully accompanied her in a lunchtime recital at St Clement Danes in London. Akhmetshina began with Wagner's Wesendonck Lieder, sounding much more mature than 21 (already a Brangäne for Tristan und Isolde), although there's a charming naivety about her. She has the beauty in her voice for this music but also darkness and blade, with an intense vibrato. She's innately musical - and instinctive - which was revealed in Shostakovich's Spanish Songs. Her resonant lower register and easy top combine a 'cool hotness' - perfect for Carmen, which she's covering at ROH next year. Akhmetshina is heading for the major mezzo roles, and deserves to be a big star.

The star of the evening was undoubtedly Aigul Akhmetshina, whose vivid, vocally lustrous Preziosilla should really have been chosen for the cast. This singer is clearly going places.

Jette Parker Young Artists’ Program member Aigul Akhmetshina was a technically secure and often exciting Preziosilla with a youthful and agile voice. Even more remarkably, this mezzo from Bashkortostan threw herself with gusto into the highly choreographed dance sequences, a mix of chorus line, belly dancing and burlesque. I don’t envy her A-cast colleague who needed to compete with the moves of this multi-talent.

Aigul Akkmetshina did everything that was asked of her as Preziosilla, which is a lot, ranging from attempted seduction of Don Alvaro, to creating a series of musical-theatre style dance numbers for the final scene of Act Three. Akhmetshina has a high, bright mezzo-soprano voice and is perhaps not a conventional Preziosilla but she shone here with a winning personality and I look forward to her in further roles.

Aigul Akhmetshina was a superbly alluring Preziosilla, executing her song-and-dance numbers with panache and displaying some great low-register vocal technique along the way. She’s a talent to look out for.

Akhmetshina, already a rising star at Covent Garden for her Carmens, and a thrilling Preziosilla in the B-cast recent Forza del destino (she should have been alongside Anna Netrebko and Jonas Kaufmann), has everything for this role: the looks, the sultry vocal endowment and a natural “watch-me” stage charisma that had the audience on the edge of their seats. We can expect great things from this impossibly young — she is only 23 — singer, if she isn’t pushed into heavy roles too soon.

Aigul Akhmetshina is very much the star attraction in the cast. Her outstanding success as Carmen at the Royal Opera last summer was evident in the way in which she portrayed the sultry señorita with whom the Don is besotted. Akhmetshina clearly relishes the dance content – perfect flamenco wrists – and her every move crackles with electricity. Her vibrant mezzo is well-suited to the role too, earthy in the guitar-accompanied “Ne pensons qu'au plaisir d'aimer”, but gorgeously shaped in Dulcinée’s apology after she laughingly rejects Quichotte’s proposal of marriage.

Russian mezzo Aigul Akhmetshina’s smoky tone and genuine emotional warmth set her up perfectly as Don Quichotte’s idealised innamorata Dulcinea – for whom no sacrifice could ever be too great.

The Russian mezzo-soprano Aigul Akhmetshina is a sultry Dulcinée with a voice that’s appealingly ripe and fruity,

The beautiful Dulcinée was played by the Russian mezzo-soprano, Aigul Akhmetshina. In what was a powerful performance, her strong stage presence enabled to her capture the attention of the audience, as well as that of the local men, who hung on her every word. Certainly flirtatious, she was a woman in control, which she asserted from the very outset by her commanding entrance, singing the faux Spanish aria, “Alza, la femme,” which showed off the warm sultry color of her voice, as she boasted of her preference for freedom over security and riches, which contained more than a hint of Carmen. Nor was it a simple one-dimensional portrayal; in rejecting Don Quichotte’s marriage proposal, she was also able to bring out the sensitive side of her character, clothing the lines of her aria “Oui, Je souffre votre tristesse,” with tenderness and sympathy.

Kudryash’s girlfriend, less likely to be crushed by her place in the Kabanov household than Katya, is lustrously sung by Aigul Akhmetshiina.

As Lisa’s companion Polina, Aigul Akhmetshima displayed a powerful mezzo-soprano, with an asserting firmness in the voice that gave her singing an ear-catching tension.

Kudryash’s girlfriend, less likely to be crushed by her place in the Kabanov household than Katya, is lustrously sung by Aigul Akhmetshiina.